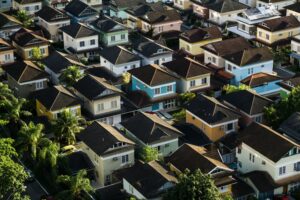 As we move away from the local fires of 2017, we may think less and less about certain emergency orders that were put in place.  Those orders are still in effect.  One is of particular importance for businesses or individuals offering goods, services or rentals: the price gouging statute.

In short – for clients or potential clients looking at renting real estate, the safe value of the property should be linked to the pre-fires value plus an additional 10 percent.  This hopefully will change in a few months as an extended ban on raising rents to fair market values places an undue restriction on a fundamental right of property owners, that to own property.

Background – During the 2017 fires, Penal Code 396 came into play with respect to rental properties.  That code makes it unlawful to increase the rental price during a state of emergency. “Rental price” is defined as the amount paid within one year of the declaration of emergency, or the most recent price prior to the declaration. If the rental becomes vacant during the emergency, then “rental price” is the amount previously paid, unless it has been vacant for over one year. (Pen. Code 396(11)(a).)

The landlord cannot evict a tenant during the state of emergency and then rent to a new tenant at a rate the landlord could not have rented to the evicted tenant. For example, a landlord cannot circumvent the law by evicting one tenant and raising the rate on a new tenant that would have been price gouging if attempted with the old tenant. (Pen. Code 396(f).)

There have been multiple states of emergency since the Nov. 2017 wildfires, which have been renewed continually since then (ending in May, assuming there isn’t another extension.)

The statute is triggered when a tenant reports an unlawful act to a government agency, then any eviction or rent increase in retaliation would subject the landlord to a civil suit, punitive damages, and attorney’s fees. (Civ Code § 1942.5.)  Although this statute usually involves retaliatory eviction for reporting a breach in the implied warranty of habitability, it has also been used for rental increase after the reporting of a crime to police. (Barela v. Superior Court (1981) 30 Cal.3d 244 [178 Cal.Rptr. 618, 636 P.2d 582].)