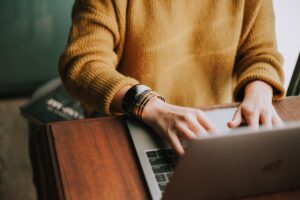 With more than 30 new laws on the books affecting business in California, many businesses are now facing increased regulation and mounting expenses.

The implementation of AB 5 by the State of California labor code will no doubt cause confusion. It states as follows…a person providing labor or services for remuneration shall be considered an employee rather than an independent contractor unless the hiring entity demonstrates that all of the following conditions are satisfied: (This is being referred to as the ‘ABC Test’ or ‘Three-part test.’)

(B) The person performs work that is outside the usual course of the hiring entity’s business.

(C) The person is customarily engaged in an independently established trade, occupation, or business of the same nature as that involved in the work performed.

We here at Haeuser, Valluzzo & Piasta, want to help our clients understand the implications of this new labor code – amendment as it seeks to “codify” or have classified the status of each worker in an employment situation.

AB 5 is an amendment to a decision that was made two years ago. It codifies the decision of the California Supreme Court in Dynamex Operations West, Inc. versus Superior Court of Los Angeles of 2018.

Much has been said in the media that AB 5 is a response to the labor issues of Uber and Lyft unlicensed taxi service companies – utilizing mobile App technology. Yet, much of AB 5 seeks to deal with many situations of labor, when an independent contract arrangement is made.

“Worker misclassification is not a new concept. In fact, a 2000 study commissioned by the United States Department of Labor found that nationally between 10 percent and 30 percent of audited employers misclassified workers.”

With that said, it is clear the State of California is concerned that the ever-expanding growth of what is now called ‘the gig-economy’ new opportunities for misclassification have emerged. It seems that this is the underlying reason and push for the implementation of AB 5.

Haeuser, Valluzzo & Piasta wants to help our clients navigate through the potential dilemma that local employers and business will have as AB 5 implementation will be applied to more situations. To learn more about AB 5, consult your attorney.