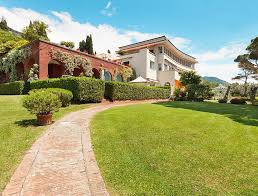 My team is fielding numerous calls from panicked landowners who have been served with notices.  “How can I reduce this $7,000 fine?” They ask.  “We paid our Transient Occupancy Tax – through Airbnb?” “And, what about Penalties?” The list from clients goes on and on.

For years folks have benefited from renting parts of their dwellings or ancillary buildings without the benefit of permits.  Technology platforms like Airbnb play into this by allowing an individual to list a property as available as a short-term rental without requiring any permit or verification of such.  The result? Many entrepreneurial folks were able to create mini-businesses by listing rooms for rent.

This new availability of housing is fantastic in many ways, including by filling the need for short-term housing. With that said, governmental agencies are starting to catch up to un-permitted rentals.

In wanting to know how these governmental agencies are catching up… The answers are not what folks want to hear, of course.

The analysis begins with identifying whether the location of the property allows for short-term rentals. For example, R1 zoning does allow for various options:  hosted rentals, bed and breakfasts, accessory dwelling units and guesthouses.

The term of ‘a hosted rental’ is understood as of not more than one room or sleeping area that meet the standards of the Sonoma County Code, which are allowed as provided by the underlying zone. This is subject to issuance of a Zoning Permit.

Also, when there is an issue of the lack of quality controls on marketing on advertising platforms like Airbnb, confusion occurs.

For example, they’ll allow folks to show photos of un-permitted areas in a unit.  Darling kitchen areas in un-permitted spaces are an issue.  Folks should know that for this type of developed amenity the county will not give a permit or provide a TOT certificate if the space contains kitchen amenities such as a sink, refrigerator or burners for hosted rentals.

For spaces with two sleeping areas can be considered as an Accessory Dwelling Unit (ADU) or a Guest House.  But if that space has a kitchen, it is considered a different thing, NOT an -ADU.  A way to think of them is as second homes – either contained within the main home or detached from the main home. The county defines ADU’s as those spaces which contain an additional sink (to that of the bathroom) and kitchen appliances such a refrigerator, range or burners.

ADU’s are options for folks wanting to help with the housing shortage and have lower risk with tenants in a long-term rental. But unfortunately ADU’s are not allowed as short term rentals.

A permitted “guesthouse” is another option can be used as short-term rentals. These can be attached or detached as well but to be considered a guesthouse the unit cannot contain any kitchen like utilities or appliances.

The county will also allow a hosted Airbnb Inn within certain zoning districts, like R1 where the homeowner lives and are on site. This designation would allow the rental of more than one bedroom, either to the same or different group.

However, the only food allowed is that which you provide and subject to the health department. (Here is more rules/ordinances!)

But the county will not give a permit or TOT certificate if the space contains kitchen amenities such as a sink, refrigerator or burners. It’s not even that these units are illegal insomuch as it turns it into an ADU and to reiterate again, ADUs are only for long-term rentals.

Once a zoning permit is issued and other forms are turned in to the County, only then can a TOT certificate be issued.

Unfortunately, this is where Airbnb got mixed things up for lots of people.  Airbnb would pay the TOT tax without ensuring permits were issued first.

Official individuals in certain or various positions in the permit process perhaps mistook this as compliance.

If you know anyone in this type of situation who has not yet been issued a penalty notice, then now is the time for them to go to the County and get their zoning permit.

To apply for a one bedroom or sleeping area as ‘a hosted rental,’ the official forms are completed and submitted to the county.  All forms are readily accessible on the county website – https://sonomacounty.ca.gov/PRMD/Regulations/Vacation-and-Hosted-Rentals/Hosted-Rental-Permit/

The county is extremely helpful with this process.