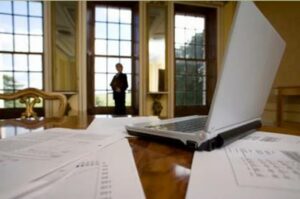 There are lots of questions about the anticipated changes to the PPP loan that is awaiting presidential signature. Assuming the legislation is signed as passed, our lawyers consulted with local tax manager Nate Lamar, CPA of Pisenti & Brinker LLP to shed some light on this complicated interplay of laws, tax and regulations.

Of course, before getting into the nitty gritty, as professionals we need to provide a disclaimer that the answers are based on current and proposed federal law and guidance from the Small Business Administration available as of June 4, 2020. Interpretations of the law and SBA guidance have been changing since the law was passed. The end result of the PPP loan and related forgiveness rules are unknown and subject to change. This communication is for informational purposes only, and is not intended as tax advice, and may not be relied upon as such.

The House and Senate this week passed legislation to update the PPP rules, which includes several borrower-friendly changes. The president is expected to sign the bill. The following changes are expected to take effect:

– “Covered period” extended from 8 to 24 weeks. Borrowers can elect to use the original 8-week covered period if they find it more beneficial than 24 weeks.

– Increases the 2-year repayment period to 5 years. Technically, this would only apply to loans initiated after passage of the bill, however the bill includes a provision that would allow lenders to renegotiate the terms of existing loans. The interest rate remains at 1%.

– Allows for extended deferral of interest and principal payments on non-forgiven loan amounts beyond the initial 6-month period to the date the lender receives the forgiveness amount from the SBA. This will often be longer than six months for most borrowers, especially considering the extended 24-week covered period.

– Extends full-time equivalent restoration deadline to December 31, 2020. Under previous rules, forgiveness is reduced for any reduction in full-time equivalent (FTE) employees as of June 30, 2020. This change moves that date to the end of 2020, as many businesses cannot operate at full capacity due to state or local ordinances preventing them from doing so. There is currently no requirement to maintain a workforce through the end of the year, only to restore FTE workforce by December 31, 2020.

– Additional relief for FTE limits. The following scenarios will not have a negative impact on loan forgiveness, if well substantiated and documented:

A couple notes on FTE limitations –

Current guidance suggests that employers will not be penalized under this limitation if employees are terminated for cause, leave a position voluntarily, or refuse an offer of rehire. Employees who meet one of these criteria can be excluded from the FTE limitation calculation.
A potentially very touchy requirement regarding employees who refuse a job offer – In order to exclude them from the limitation, the employer must report the employee’s refusal to the state unemployment office, effectively making them ineligible for unemployment benefits. This puts employers in a very undesirable situation, potentially choosing between loan forgiveness and what might otherwise be a good relationship with the employee. We hope additional guidance will be issued that will remove this requirement, but for now we are stuck with it, and this should be carefully considered by those who find themselves in this situation.

– PPP Borrower can defer FICA payroll taxes into 2021. Prior to this legislation, PPP loan recipients were not eligible to defer payroll taxes.

Question – Can businesses use money beyond the 8 weeks? Does it matter on what? So do they only get 8 weeks of payroll per employee.

“forgivable expenses are limited to qualifying payroll expenses, rent, utilities, and mortgage interest. Currently, at least 75% of loan proceeds must be spent on payroll costs to achieve full forgiveness, though it is expected to go down to 60%.

Question – Is it still only useable for 8 weeks of payroll per employee, but it could be anywhere within the 24 week window; or can one pay the same employees for more than 8 weeks up to the full 24 weeks?

Answer – It seems the intent is to make it useable within the 24 weeks. That said “this is not yet clear. We are hoping that the SBA will issue guidance to address this specifically. Our current understanding suggests that you can continue to pay employees as long as the money lasts, subject to FTE equivalent limits.”

Question – for a business with minimal overhead, with payroll being largest expense can they use the entire loan by using it to pay the same employees for something like 11-12 weeks?

Answer – “The payroll costs threshold is a limit on non-payroll expenses, so yes, 100% of the loan proceeds can be used for payroll expenses and still achieve full forgiveness, subject to FTE limitations. Under the current 8-week covered period, you would not be able to pay employees for 12 weeks, though under a 24-week period you could.”

Question – What does this mean for the small businesses who aim to pay salaries to owners and have them forgiven?

Answer – “Business owners are subject to their own unique limitations. In addition to the $100k per year annualized cap (8/52 times $100,000, or $15,385), business owners are also limited by 2019 income, if the amount is less. This rule came out very late in the game, after many business owners had already paid themselves far in excess of this limitation. To make matters worse, the rules are different for owners of an S-corp and owners of an LLC.”

Question – Can my business partner and I can pay ourselves as we usually take partner distributions on a monthly basis?

Question – Can we calculate and pay the January thru April 401k contributions now in order to use up more of the PPP?

Answer “As of now, there is not clear guidance that says you can do this, but there isn’t any guidance that says you can’t either.  Retirement is included in the definition of allowable benefits, however it is not clear exactly how much is allowed.  Benefits do not appear to be part of the $100k annualized cap, but it is possible they will be.  The “incurred or paid” rule would also suggest that these expenses would be forgivable if paid during the covered period.  That said, many of my colleagues are cautioning against changing standard business practices of your company to utilize PPP funds that might otherwise go unspent.  Hopefully with the extended 24-week covered period, it will be easy to utilize all loan proceeds.”

Question – Are there any best practices that Pisenti & Brinker has been suggesting?

“Documentation is key.  Document everything.  Keep meticulous records of how loan proceeds are spent.  If possible, keep the PPP funds in a separate bank account from other operating funds.  If you offer a furloughed employee their job back, do it in writing.  If they refuse the job, try to get that in writing as well.  There are a lot of unanswered questions about how forgiveness is really going to work, but ultimately quality documentation will be your best asset.

Lastly, if you have not received a PPP loan and want to, funds are still available.  Check with your banker to see if you qualify.”  For more information about any of the above, or if you or your business could use some help, please feel free to reach out to Nate Lamar, CPA directly.