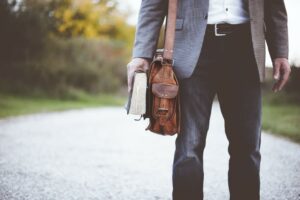 If your company relies on independent contractors to do business, you may want to reevaluate your relationship with those workers in the wake of a recent California Supreme Court decision changing the way their employment status should be determined.

The April 30 ruling sent shockwaves through the state’s so-called “gig economy” – created by customer service providers such as Lyft, Uber and GrubHub who use independent contractors to avoid the higher costs that come with hiring employees.

It’s not just these tech-centric startups, however, who may now need to restructure their businesses to avoid the risks of fines, restitution of backpay, or costly litigation. Smaller businesses, too, have increasingly looked to independent contractors to provide flexibility and cut costs.

Using the new legal standard adopted by the Supreme Court, an employer would now need to consider independent contractors as employees unless he or she could show that:

B. The worker performs work that is outside the usual course of the hiring entity’s business; and

C. The worker is customarily engaged in an independently established trade, occupation, or business of the same nature as the work performed for the hiring entity.

All three criteria from the so-called “ABC test” must be met in order for independent contractor status to apply.

So, for example, a massage therapist working part-time for a Wine Country spa likely wouldn’t meet the “B” criteria of the new standard, since massage is a central part of the spa’s offering — even if the therapist in question also has an established independent business that meets the “C” criteria. Further, if the spa sets the therapist’s hours, provides equipment, and requires use of particular massage techniques (such as Swedish or hot stone), the arrangement would likely also fail to pass the “A” means test.

By contrast, if the same spa employed a digital design firm to retool its Web site, the “B” and “C” criteria are likely met — the spa doesn’t routinely produce Web graphics, whereas the design firm is an independent business focused on that work. And if the design firm is free to assign workers of its choosing to the spa Web site project, who complete tasks off-site on a schedule the spa doesn’t control, using their own software and computers, then the arrangement also likely meets the “A” criteria.

Employers should note, though, that any change in a working relationship with a contractor should trigger a reevaluation of the ABC criteria; the standard, once passed, isn’t considered perpetual. So if the spa engaged the digital design firm to update the new Web site weekly with fresh marketing content, set the schedule for those updates, and discussed them in a standing on-site meeting led by the spa marketing director, and if the firm dedicated a specific employee to the task and required the work to be completed on certain days of the week, then the firm would ostensibly be performing routine marketing tasks for the spa, and the arrangement might not pass the “A” and “B” criteria of the test.

Small business owners facing questions over their use of independent contractors in light of the new ruling should seek legal and accounting advice. Contact us to schedule a review of employment contracts today.